Skip to main content
ETV by Essentrics. Explore 400+ Essentrics videos on any device. 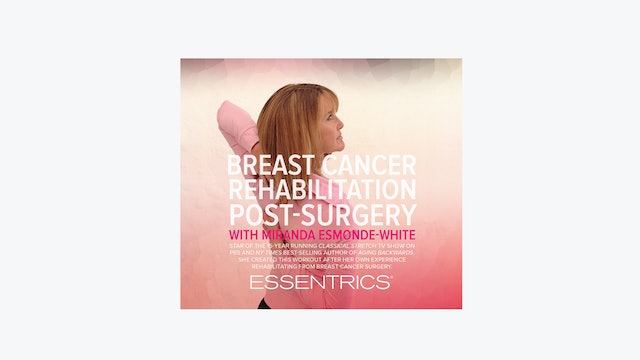 A message from Miranda

In Western societies, one of the most common causes of lymphedema is removal of the breast (mastectomy) and underarm lymph tissue for breast cancer. This causes lymphedema of the arm in 10 - 15% of patients, because the lymphatic drainage of the arm passes through the armpit (axilla).

One of the primary features of every Essentrics workout is the raising of the arm above the head. The continuous raising of the arms above the head helps to drain any fluid caught in the arm. An arm hangs from the shoulder downwards, so the fluid cannot escape if the pumping stations are damaged or removed. Lymph fluids will ‘stagnate’ causing swelling and lymphedema. When the arm is raised above the head the force of gravity helps the fluids to run downwards a drain. Women who have had breast cancer surgery and radiation such as myself, need to raise their arms above their heads every day for the rest of their lives in order to drain any blocked lymph fluid and prevent the possibility of lymphedema. Essentrics is the only fitness program that focuses on using of the arms above the heads.

In my travels, as a Breast Cancer Ambassador, I have met too many women suffering from this terrible condition. I plan on doing an Essentrics workout every day for the rest of my life. 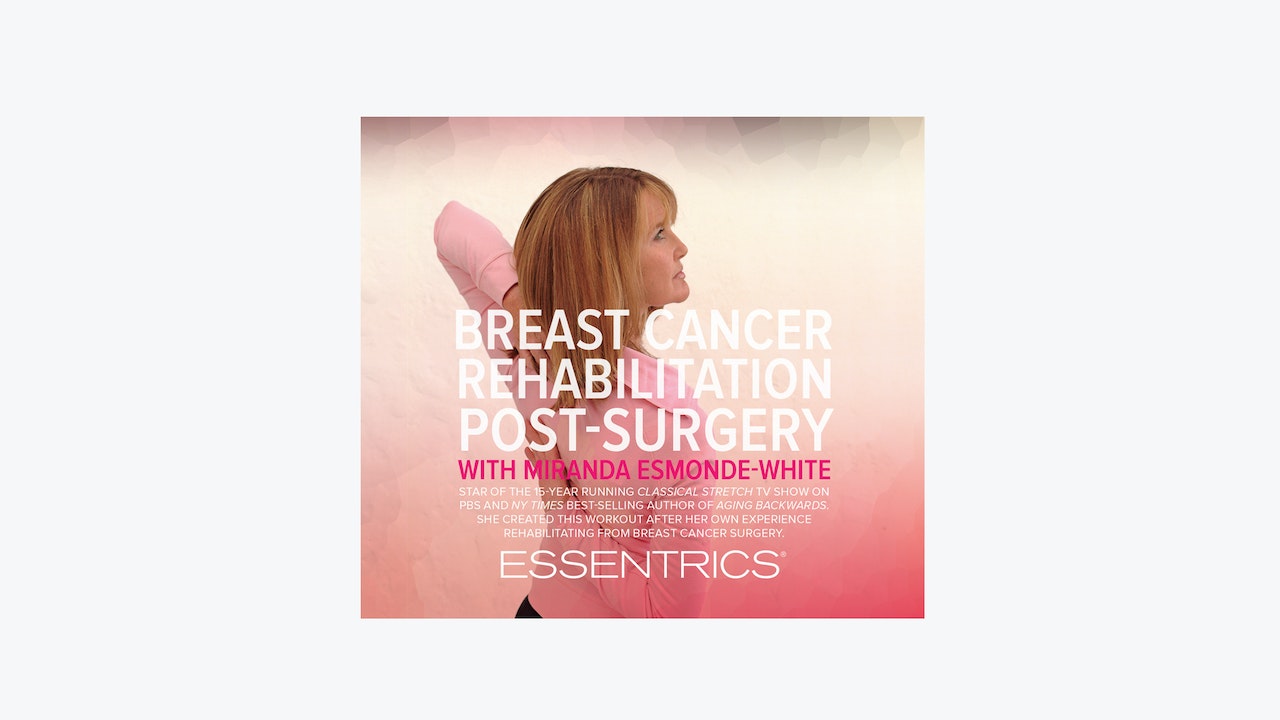